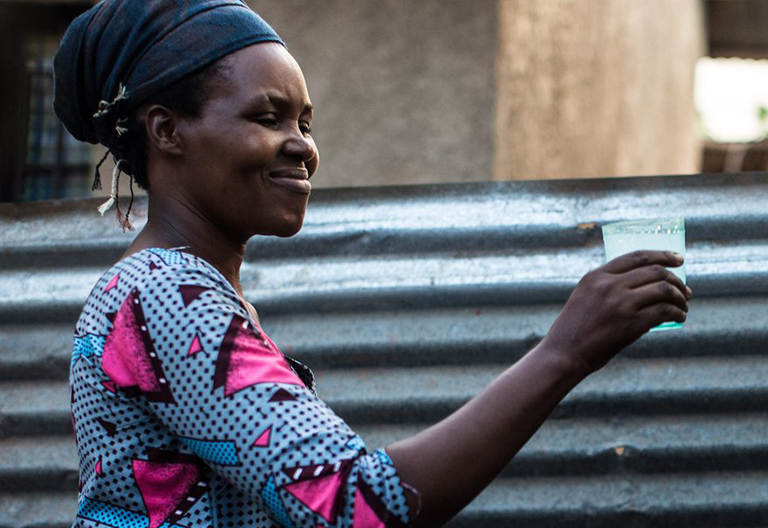 Africa’s facing the worst of the climate crisis, but her people have stepped up with solutions.

Nothing can top the resilience of Africa’s people; in the face of adversity, Africa responds with boundless creativity designed to benefit an entire region, or better, the entire continent. This is true of many situations — but for right now, we’re going to look at how it rings true for the continent’s battle against climate change.

It’s almost always worth stressing that despite having produced the least amount of damaging carbon emissions, Africa is already experiencing the worst of the climate crisis. Droughts have made a home for themselves in the eastern, central, and northern parts of the continent; while tropical storms and floods have caused significant damage in parts of the southern and eastern regions.

While action needs to be taken on a policy level and a great deal of funding is needed to effectively tackle the climate crisis head-on on the continent and around the world, those seeing the impacts of climate change first-hand have stepped up and found creative ways to protect themselves, their communities, and the environment. You can also step up to support them in the effort to curb the climate crisis, by taking action with us now to call on world leaders to prioritise the planet.

From conserving water to sustainable electricity generation, Africa’s people have come up with creative and clever solutions to the impacts of climate change and environmental damage on the continent. We wanted to give those leading the charge a shout out and celebrate their innovations, especially as they continue to inspire others across regions to use their creativity to benefit communities, protect the environment, and defend the planet.

Water scarcity caused by the climate crisis is a huge concern that Africa is faced with. Already we’ve seen livestock dwindle, violence erupt, and food systems knocked due to lack of access to the finite resource across the continent. In fact, it is predicted that by 2025, close to 230 million Africans will be facing water scarcity.

One way to save water in our daily lives is to rethink car washing routines, and that’s exactly what Green Machine’s Waterless Car Wash System in South Africa is doing. The system, designed and created by South African motor retailers, Combined Motor Holdings (CMH), saves up to 200 litres of water per wash, which is huge as each car wash can typically use up to 300 litres of water.

While CMH are not the first in the world to come up with the waterless car wash, they have implemented several measures to make sure that each element of the washing experience is considerate of the environment. This includes eco-friendly car wax made from carnauba palm wax, which is soluble and doesn’t contribute to water pollution.

Protective hairstyles form a huge part of a Black African girl or woman’s life, as her hair is a major part of her identity, and being able to protect and enhance it through the use of extensions is key to boosting confidence and maintaining hair growth. However, the problem with hair extensions is that they’re made with synthetic materials that are harmful to the environment, and there’s little information out there on how to recycle the hair once you’re done with it.

Her product is made with sisal, a plant which has fibres that are often used to make things like rope and rugs. The innovation is picking up around the world, as not only is sisal hair biodegradable, but it’s reusable for braiding in a way that synthetic fibres are not.

Not only is this solution essential to help protect the environment, but it’s working to help solve other problems too through job creation and access to electricity.

To help combat energy poverty (which is the lack of access to sustainable sources of electricity) in Rwanda’s rural areas, Henri Nyakarundi created a solar powered mobile kiosk called the ARED kiosk, which helps the country’s citizens have access to a place to charge their phones, and access WiFi using solar energy.

Rwanda has over 115 million cell phone users, yet just 48% of citizens have access to reliable and sustainable electricity. Electricity generated through the kiosk helps to take strain off the national electricity grid, and provides a clean source of energy for Rwandans to access.

The kiosk was designed with low-income communities in mind, and helps those without employment earn an income through managing the kiosk.

Tree-planting has been a trendy way to help deal with climate change for decades now, but the biggest issues that come with it are the lack of care and maintenance after a tree has been planted; planting the wrong types of trees; and planting the trees in the wrong place. The Kenyan government, whose country has been grappling with increasing droughts, implemented a tree adoption scheme in 2018 that has seen forest coverage increase by 1.5% since it was started.

This isn’t a new concept, but what’s great about it is that it’s a government-led initiative, meaning the country’s leaders are the ones working the solution, compared to private initiatives with the same mission around the world.

Trees are adopted by charities, corporations, and government organisations who are connected to community forest associations, which then plant the trees in places chosen and managed by the Kenya Forest Service.

Those adopting trees also pay for the care and maintenance of the tree for three years, helping the tree grow to a stage where it can withstand the impacts of climate-related stresses, and according to Thomson Reuters Foundation, 80% of the trees adopted reach full maturity.

Winner of the Cisco Youth Leadership Award at the 2020 Global Citizen Prize, Christelle Kwizera is the founder of Water Access Rwanda, a social enterprise that works to supply close to 90,000 low-income Rwandan citizens with sustainable access to water.

Her work ticks several boxes on the UN’s list of Global Goal priorities, including access to water and sanitation, contributing to decent work and economic growth, and protecting the health of Rwanda’s citizens through access to clean drinking water.

The INUMA mini-grid, a product by Water Access Rwanda, is a community water source that provides citizens with safe and sustainable access to water. The water is obtained from boreholes, rather than dangerous rivers and lakes that the country’s citizens had become accustomed to depending on.

The clever climate solution here is that the kiosks make use of a solar-powered connection that is a sustainable power source for the water filtration system. The process of water filtration, which is often performed by national wastewater treatment plants or private purification systems, consumes a lot of energy; but by using solar power, with Water Access Rwanda that high energy cost is avoided entirely.

By Khanyi Mlaba, on July 27, 2022. This article was written in partnership with Global Citizen. Harith General Partners is a funding partner of Global Citizen, and our founder and CEO, Tshepo Mahloele, is Africa’s Patron of Global Citizen’s “End Extreme Poverty NOW” campaign. 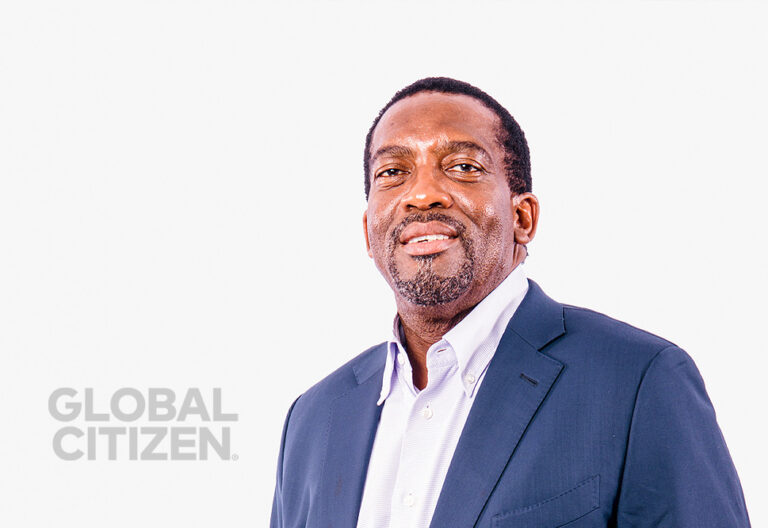 Tshepo Mahloele, co-founder and group executive director, was announced as the new Patron in Africa for the Global Citizen movement. The announcement was made at launch events for the 2022 Global Citizen campaign in Johannesburg, South Africa and Lagos, Nigeria on 29 March. The Global Citizen is an international advocacy group that brings together world leaders, celebrities, philanthropists from around the world to lead campaigns that address socio-economic challenges in the developing world.
Read more
8 February 2021 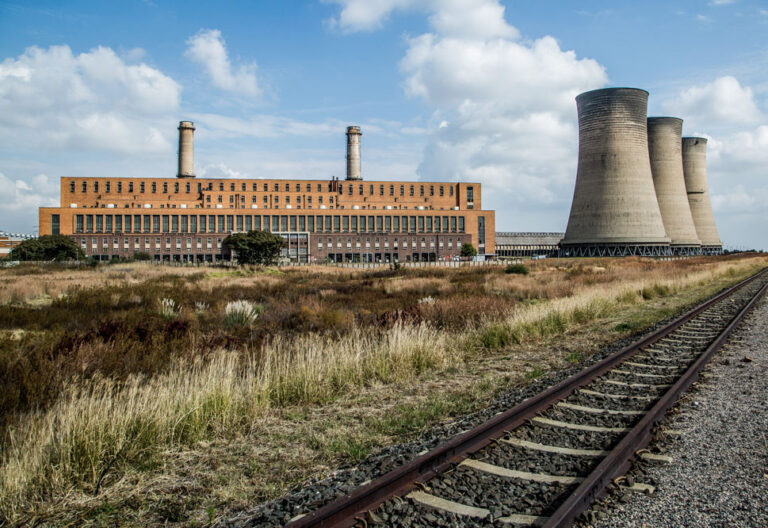 Harith General Partners, which funds infrastructure development across Africa, is pushing ahead with plans to build the first gas-fired power plants in South Africa’s industrial hub of Gauteng and is exploring options to source the fuel. The fund manager wants to build two gas-fired plants at the site of its coal-fired Kelvin Power Station, which lies east of Johannesburg close to the city’s main airport.
Read more