The AFCFTA can transform African economies, but it will stall without the right infrastructure 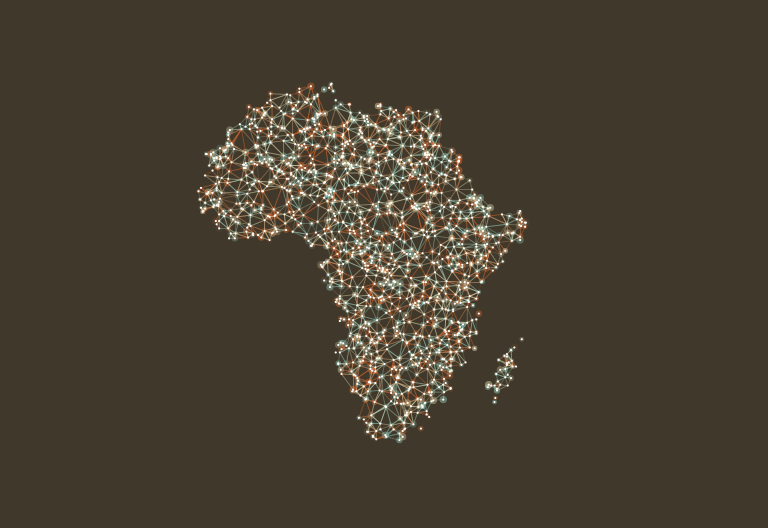 We are living through the first stages of a radical remaking of Africa’s economic landscape. On January 1, 2021, the largest global free trade area in terms of countries participating came into existence, with the potential to transform the continent’s economic prospects.

The African Continental Free Trade Area (AfCFTA) covers 55 countries that are home to 1.3 billion people and a collective GDP of $3.4 trillion. The agreement’s core aim is the reduction of trade costs.

To achieve this, it will eliminate 90% of tariffs, and focus on the removal of outstanding non-tariff barriers. In much the same way that the European Union did, it will create a single market facilitating the free movement of goods and services. African economies will achieve greater integration with the world’s supply chains by having their rules around intellectual property, the movement of persons and labour, competition issues and investment overhauled.

These aims and characteristics give the agreement the potential to transform trade, and therefore economic activity, across Africa. A recent World Bank report expects regional income will be boosted by 7% or $450 billion, while 30 million people are expected to be helped out of extreme poverty by 2035 as the agreement helps stimulate economic growth and wages. Intra-continental exports are also seen increasing by 81%, while the increase to non-African countries would be 19%. It is estimated that the agreement will increase Africa’s exports by $560 billion, with the largest contribution coming from manufacturing.

African countries currently conduct extremely limited trade with each other – in fact, the World Trade Organisation (WTO) highlights that just 17% of African exports are intra-continental, and that Africa accounts for just 2% of global trade. This doesn’t compare favourably with Asia, where almost 60% of trade takes place with other Asian economies, and European where more than two-thirds of trade is intra-European.

There is no doubt that the AfCFTA will solve multiple problems, and bring a wealth of benefits to African economies, as it creates a lucrative enabling environment. However, the WTO has already warned that the agreement must overcome implementation challenges if it is to realise its many benefits.

Not least among these implementation challenges is the need for robust, modern and well-maintained infrastructure. Better power, transport and communications infrastructure will be pivotal to its success. Improved road, air, port and rail networks that facilitate cross-border trade and faster, more efficient borders are just one factor that investors, regulators and potential trade partners are reviewing as they assess the continent’s current systems of trade.

The massive uptick in growth we all want the AfCFTA to deliver can’t be measured, or delivered without infrastructure. This will require a massive collective effort, driven by public / private partnerships, to build predictability into the systems needed to support increased trade.

The agreement has the power to shift procurement and sourcing from more established markets to African states over time, creating new industries and expanding existing sectors. We have already seen momentum added to the establishment of new industrial activity like automotive component manufacturing in key markets like Kenya, Nigeria and Ghana.

As businesses operating in Africa begin to trade with new, more regional partners, they will need to know that the systems supporting these relationships are able to support their objectives. At the moment, the logistics around products from sophisticated trading nations like China are predictable – we know when they will arrive, and we know what standard the products are delivered at. Good infrastructure enhances predictability and helps make the choice of dealing with new African trade partners clearer, more simple and less risky.

This need will have massive implications for the continent’s often outmoded and aging land transport systems, and we are particularly excited by the potential that these changes represent for the rail business, particularly in landlocked countries like Rwanda. The country’s reliance on the Mombasa port in Kenya adds a massive cost overlay to Rwanda’s imports, creating a major competitive disadvantage for the country. AfCFTA will help countries in similar positions compete, but we can only overcome these disadvantages if infrastructure enables the goals of the agreement.

We also see Information and Communications Technology (ICT) playing a critical business enhancing role. Advances in monitoring and control technologies built around the Internet of Things will eliminate the need for managers and owners to be constantly present at their facilities. Trusted, reliable communications networks will be as valuable as better roads and railways in this regard.

Without modern, robust infrastructure we won’t see the benefits of the AfCFTA come through at pace, and implementation of the agreement may stumble. We are working with our network of partners across Africa in the knowledge that infrastructure is pivotal to the successful delivery of the AfCFTA.

As we unlock the vast potential that the AfCFTA represents, we should remind ourselves that it doesn’t help for South Africa, or any other country on the continent to grow in isolation. If you stay in a double story house, you don’t want to see your neighbours living in a shack. Africa needs to grow together. The AfCFTA is the right policy. Now we have a lot of work to do together to make it a reality.

Harith’s purview is 55 countries, with an extensive network of partnerships across all of the continent’s countries. The Company’s investments span transport, ICT and power. This asset class has the ability to uplift entire countries and can provide pension funds with stable, long-term returns. Following the announcement by the Honourable Minister of Public Enterprises, Pravin Gordhan, the Takatso Consortium has expressed its delight and commitment in being selected as the Preferred Strategic Equity Partner (SEP) for South African Airways (SAA).
Read more
11 August 2021 Harith leadership speaks on the future of investment in Africa Private-public infrastructure deals must get it right from day one

It has been deeply encouraging and inspiring to see the immense task of rebuilding the country from the ravages of the Covid-19 pandemic beginning to take form over the past few weeks. SA is entering a pivotal phase in its history as it tackles the challenge of a mega-infrastructure investment programme to stimulate growth and put millions of jobless South Africans back to work.
Read more